The Celtic family mourned for Billy McNeill last week, and this week begins with the further tragedy as we learn that Stevie Chalmers - scorer of the winning goal in our European Cup win in 1967 - has passed away.

He began his footballing career with Junior's side Ashfield, and also represented Scotland at Junior's level in the same time.

In Stevie's early years - like so many in Glasgow's over-populated areas at the time, he unfortunately developed the killer Tuberculosis Meningitis - and was given only 3 weeks left to live by doctors. But, as so many of us will have watched in last week's Lisbon Lions documentary, it was only at the intervention of a...​
Continue...
Celtic v Kilmarnock - tribute day for "Cesar"
0 1,109 by Padmill : Apr 27, 2019 at 2:47 PM 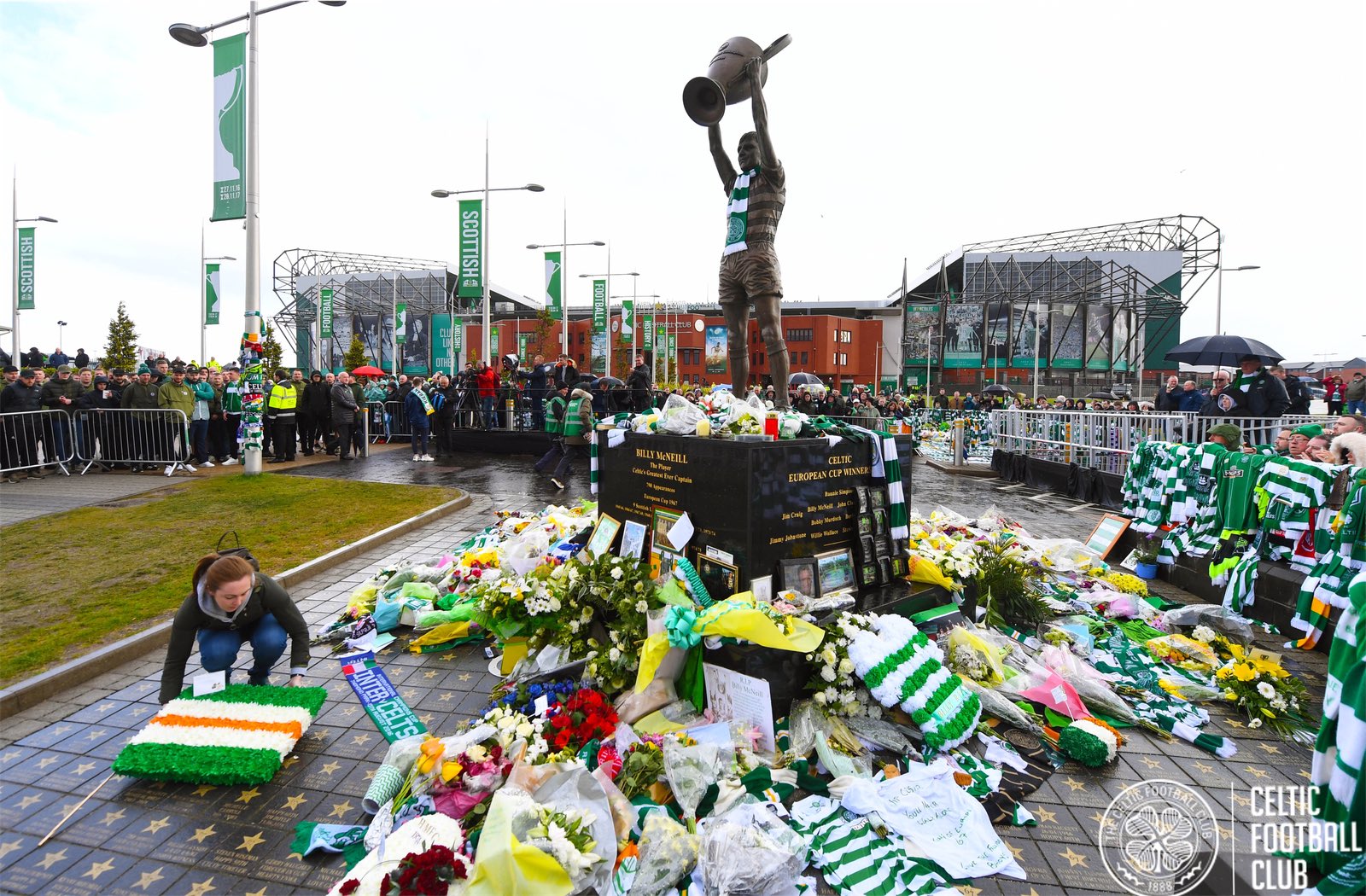 A large gathering outside the Lisbon Lion's statue at the beginning of the "Celtic Way" saw additional flowers and scarves being laid before kick off. Billy's fellow Lions appeared dressed in official "Lisbon Lion" attire to pay tribute to their friend and colleague, before The McNeill family - led by wife Liz - arrived to much applause and respect.

Shortly after, the Celtic players arrived by bus, greeted from the gathered crowd. Manager Neil Lennon and Captain Scott Brown approached the now shrine-like statue to lay a wreath on behalf of the players and club in a rather poignant moment as silence then befell the gathering....​
Continue...
The Man Who Conquered Europe and Stopped the Ten
0 2,144 by CheGuevara : Apr 23, 2019 at 8:17 PM

McNeill – The legend who stormed Europe and stopped 10

I have read much today on people’s perceptions of Billy McNeill. His prowess as a player and a captain, his appearances on the pitch and his humility off it – and every word of it is true and fitting. He was a legend in every way!!


​
Unfortunately I was too young to know Billy the player. It is with deep regret that I never saw the Lisbon Lions play their way to the top of the European game. I would have given anything to see Celtic play Inter Milan in Lisbon, but I wasn’t to be born until 1969. My first footballing memories were from the mid to late 70’s.

My Dad was fortunate enough to have been born in the halcyon times of Celtic’s great history. He passed away a few years ago, and he too had dementia - remembering things that had happened in recent years was a blur, but his memory of his youth was crystal clear. He had been in the crowd when Celtic won the league Cup in 1957...
Continue...
Billy McNeill. RIP 1940-2019
0 1,878 by Padmill : Apr 23, 2019 at 10:53 AM

The Celtic family and the footballing world has woken today to the devastating news that our Legendary captain, one-club player, former manager and honourary Club Ambassador - William "Billy" McNeill - has passed away after a lengthy period of ill health at the age of 79.

Tributes are pouring in from across the globe as we mourn of the loss of someone who wasn't simply a player, but embodied everything that Celtic was, and who gave the majority of his life in service to this club and to it's people. 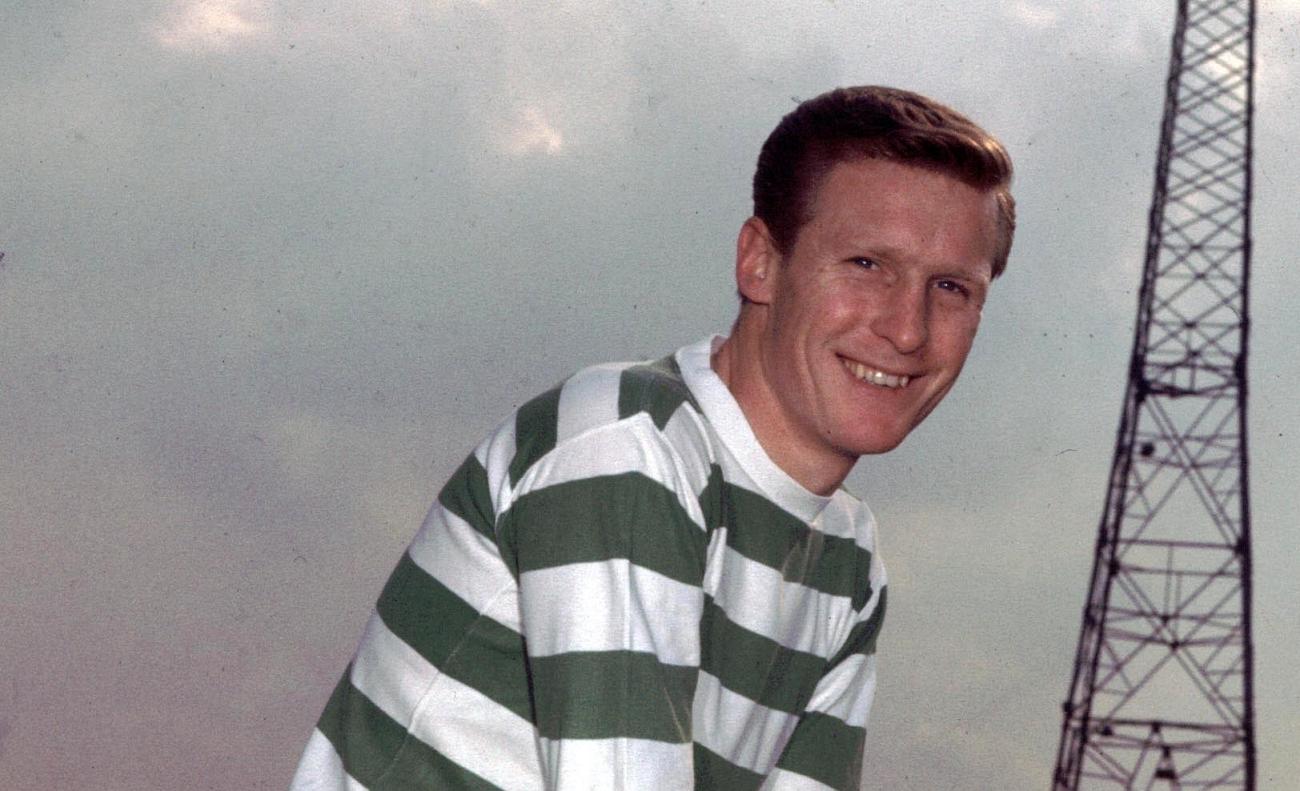 Definitely not a notable date in the history of Celtic football club but as a snake slithered away, a prodigal son returned to fix the hole left by a “Good Celtic man.” Personally I was delighted to see Neil Lennon return to the job he had walked out on and with unfinished business. I knew with Lenny back at the helm it would crank up the atmosphere and create that raw emotions that came in Hearts and rangers games. This was the man who winds opposition fans up so much because he is a ginger haired taig from Lurgan. He stirred trouble wherever he has been and brings it all on himself.

I think by now we well know what makes Neil Lennon tick and the raw passion he shows. The intelligence he brings to the press gatherings where you could listen to the man all day. He has sacrificed so much for...
Continue...
Page 9 of 256