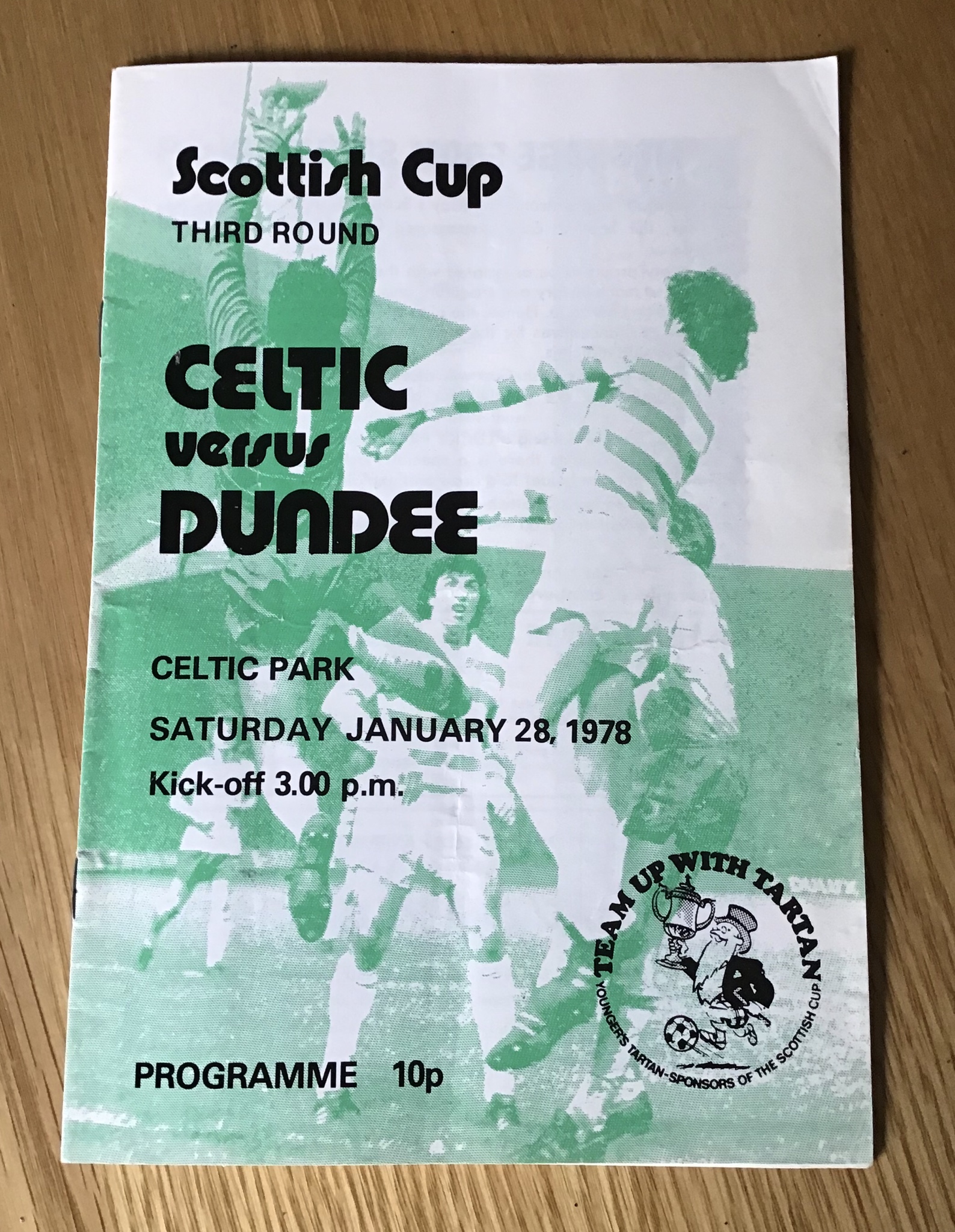 The game didn’t take place on the date as stated due to the coldest winter in the U.K. and specifically Scotland since 1962/63. The game was called off and rescheduled for Wednesday 1st February but again fell foul to the weather. It would eventually be played on the following Monday in front of a reported 22,000 fans.

Celtic Legend and Lisbon Lion goal scorer Tommy Gemmell would bring his young Dundee side through to Glasgow for the fixture and were duly handed an unforgivable hiding. It was youngsters for the hoops who certainly made an impression that night with a special mentions for George McCluskey (hat trick), Tom McAdam...
Continue...
Spotlight on Wee Joe Miller.
0 473 by packybhoy : Jun 18, 2020 at 6:02 PM

Somewhat of a Cult Hero among hoops fans old enough to remember the Wee Man playing. Always celebrated for ‘that goal v the huns’ in the 1989 Scottish Cup Final. A tight affair that Celtic had just shaded and finish 1-0 with thanks to ‘Joe, Joe, Super Joe’ for the third successive game. This would be Celtic’s last big trophy win until 1995.

Captain Roy Aitken touched the ball over the line on the right side but a quick reaction saw big Roy lift the ball and take the throw quickly through to Peter Grant. He launched the ball forward and from a head on it fell at the feet of Gary Stevens whose legs seemed to turn to jelly and Wee Joe was onto the ball like a whippet and coolly slotted the ball past England Goalie Chris Woods. This win was so much sweeter due to the fact we were written off completely before a ball was kicked. Rangers under Graeme Souness were famously throwing money around like confetti and had a team full of England and Scotland...
Continue...
Willie Wallace - Profile
1 1,296 by Tgriff67 : Apr 24, 2020 at 9:14 PM

William Semple Brown Wallace - “Wispy”- signed for Celtic from Hearts on December 6th, 1966, for a fee in the region of £30,000. The move came right out of the blue; Willie had been unhappy at Hearts for some time, unable to see eye to eye with manager Tommy Walker, and it was widely expected that Rangers would make a move for him. Willie was known to have been a Rangers fan in his youth, so Ibrox would seem to be his preferred destination. However, Jock Stein had other ideas. He saw Wispy as the perfect strike partner for Joe McBride, and he would provide competition for Stevie Chalmers in that role. Rangers were out of town, playing Borussia Dortmund in the European Cup Winners Cup in Germany when Jock struck. He met Willie, and it did not take him long to persuade the astute Wallace that his prospects would be much brighter in the east end of Glasgow than the west. A deal was swiftly concluded, and Wispy was a Celt!...
Continue...
"The end of the Season is Nigh"
0 1,686 by CheGuevara : Mar 16, 2020 at 1:51 PM
The outbreak of a pandemic has caused panic across the planet, and this is very serious stuff. People are dying and will continue to die. It has led to panic buying of sanitisers, face masks, pasta and toilet roll in supermarkets up and down the country. It is a dire situation, and will likely get a lot worse before it gets better.

The governments of Europe have taken to cancelling large gatherings, in order to socially distance us from each other. This has resulted in the cancelling of football matches across the continent and it will likely go on for several months.

As a consequence, leagues have come to a halt in countries all over, including our own. The question now is what do we do to bring the leagues to a conclusion? There are only 4 possible scenarios that could come in to play for this unforeseen circumstance.

Today could have been a day of glory. A day where a 9th consecutive title was all but won. However, with bigger things taking priority, today has turned into the biggest anti-climax in the history of the Glasgow derby

Therefore, with all football suspended for the foreseeable future and the third Rangers game of the season postponed for the next few months at least, we’ve decided to take a look back to another derby victory on this day 11 years ago to try and fill the void - Gordon Strachan’s last trophy as...
Continue...
Page 6 of 260