Coming toward the end of January it could be argued that we sit just like we were this time last season. We were sitting level on points with rangers albeit a goal difference of 5 goals and a match in hand. Fast forward 12 months and we are sitting 5 points better off, 6 goals better off and an extra game played over our rivals.

I have been sitting perplexed this season as to why so many of our own support are fretting and sweating on a blue title win that will halt Celtic’s quest of winning 9 in a Row for the second time in our history. Also with that a continuation of domestic bliss, another step closer to 10 in a Row and diminishing the rangers nine straight titles of the 90s.

Yes, Gerrard has rangers playing at a much higher level and with consistency. He has managed to tame Morelos a bit better and curtail his bad temper, although it...
Continue...
Celts Find a Second Home in Perth as Saints Brushed Aside
0 239 by Celtic_renard : Jan 30, 2020 at 7:53 PM

It was a classic case of a game of two halves as Celtic continued their winning start to 2020 with a comfortable 3-0 win over St Johnstone at McDiarmid Park last night in a match that was effectively a home game for the hoops.

Racing into a 3-0 lead after only 26 minutes, it looked like the 7000 fans who had travelled north to Perth would be treated to another big win over the Saints this season with some scintillating football on show during the opening 45 minutes.

However, it was a different story after the break as the hoops struggled to break down the St Johnstone defence with the Perth side arguably having the better of the chances in what was a quiet second half.

This was the first competitive match between two of Europe’s truly big clubs but not their first meeting. That first introduction between the two go back as far as 30th of May 1950. Celtic travelled to Rome for Holy Year and to provide opposition for Lazio’s 50th birthday. The game itself ended 0-0 but Celtic great Bobby Collins said it was the most vicious match he ever played in. The game had to be stopped for 5 minutes due to the crowds rushing the ground. John McPhail recalls the day and how crazy their fans were. Italian hard man Remondini was suffering a torrid time from McPhail and wasn’t long until the two teams were having a go physically at each other. Referee stepped in and ordered Remondini off immediately and asked McPhail nicely to join him to appease the crowd....
Continue...
No Christie No Problem As Impressive Celts Destroy Aberdeen
0 869 by V For Vendetta : Oct 27, 2019 at 3:51 PM 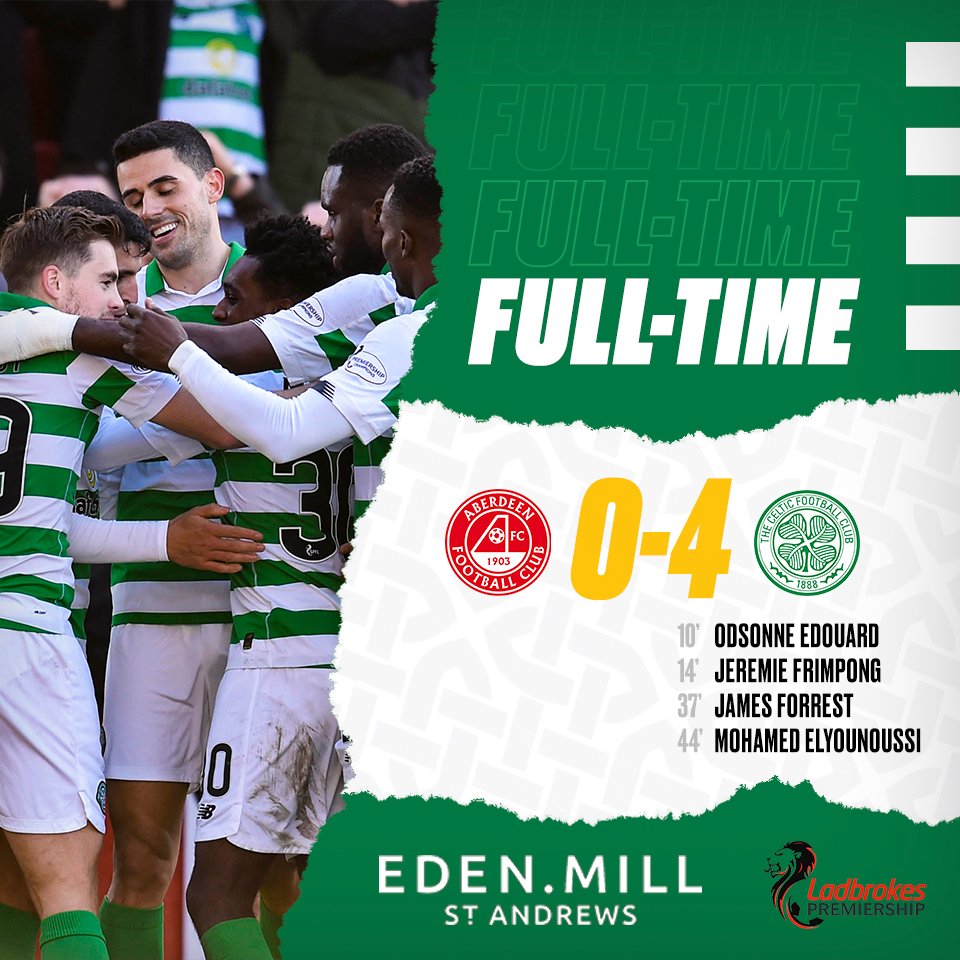 After a stunning victory over Lazio on Thursday night, Celtic returned to league action away to Aberdeen a, a side who we have bullied now for a number of years. That being said Celtic's notorious European hangovers have shown there ugly face this season so it was important for the Hoops to get the job done here.

Celtic went into the match without the outstanding Ryan Christie who is still suspended following his red card at Motherwell, this meant that Tom Rogic got a start in midfield and he produced his best performance of the season so far, such strength in depth for the Hoops really is great to see. Young Jeremie Frimpong also got another start at right back for the Hoops, the Dutchman has impressed in all the games he's been involved in so far this season so its great to see him getting the nod.

The champions of Romania were back in town after only a matter of weeks. The first meeting saw our lack of defensive cover and poor early transfer dealings exposed - and left us crashing out of the Champions League. It was a bitter pill to swallow after a good result in the first leg. Losing to a team we should have progressed past, was difficult to take and made a huge difference to the income generation of the club.

Much was spoken of before the game about revenge. I don't think personally that revenge was the correct phrase, but we definitely had to prove a point.

Unlike the first tie Neil Lennon had a virtually full squad to choose from including games under the belt for Christopher Jullien and Boli Bolingoli Mbombo who weren't risked at Parkhead against the same opposition. McGregor was allowed to play in his optimum position and the balance of the team was restored.

​
The atmosphere inside the stadium was electric with a very...
Continue...
Page 2 of 253